Talking to horses as we talk to young children 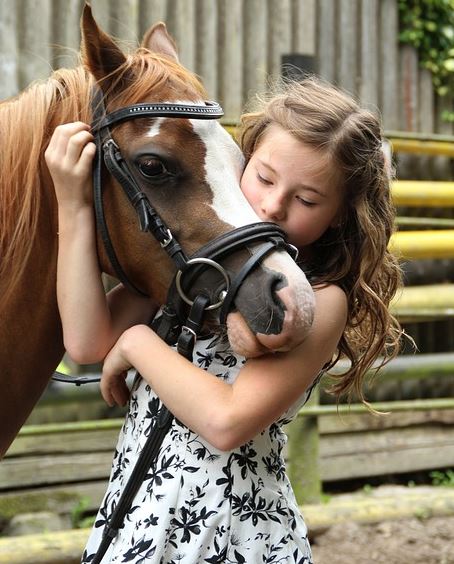 In psychology, “motherese”, “parentese” or infant-directed speech (IDS) are terms used to describe the way parents talk to their babies. This way of talking to young children has been the subject of multiple studies and it is known to have numerous benefits—fostering relationships and stimulating certain learning processes. This language, characterised by the use of a high-pitched voice, the repetition of words and a wide pitch range, also has a positive emotional component. Some animals are receptive to this way of speaking, which is known as pet-directed speech or PDS. In the case of primates and dogs, for example, humans are able to better catch and hold their attention when using PDS, and the animals often perform better while learning. As for horses, numerous studies have shown that they are very sensitive to human emotions. The INRAE and IFCE team had already demonstrated that they are capable of recognising expressions of human faces on photographs—acting nervously when faced with an angry expression and more relaxed when faced with a happy face. Still, PDS had never been studied in horses. A preliminary survey of 845 riders and horse owners on social media shows that 93% of them regularly talk to their horses using this type of language, but only 44% think that the animals are sensitive to it.

To assess the impact of PDS on horses, ethologists conducted two series of tests on 20 horses that had never been exposed to this type of language. In the first test, the experimenter spoke to the horses individually, either using PDS or a neutral language (such as that used between adults), while grooming it. The result: when addressed using PDS, the horses responded more favourably, they were calmer, looked more at the experimenter and mirrored their grooming gestures—rubbing the tip of their muzzle against them and trying to groom them back. Such gestures were not observed, however, on the horses addressed in neutral adult language.

In the second test, the experimenter tried to communicate information to the horse: the location of food. In ethology, this is called referential communication. The experimenter stood in front of the horse with two closed buckets. With their arm, the assistant repeatedly pointed to the bucket that the horse had to choose to obtain the reward (hidden in the bucket), while speaking either with PDS or using neutral adult language. They observed that when the experimenter spoke with neutral language, the horses chose a bucket at random. However, when they spoke with PDS, the animals chose the bucket that had been indicated to them. Researchers were therefore able to conclude that PDS captures the attention of the animals, helping them to better understand the experimenter's intentions and follow their instructions in order to achieve the task.

This study shows that the way people usually talk to young children, which humans tend to use instinctively with certain animals, effectively facilitates communication between humans and horses in everyday interactions (grooming, work, etc.). This could contribute to improving the welfare of these animals, which are very sensitive to human emotions. Studies are currently underway to further our knowledge of the emotional interactions between humans and horses, to improve the welfare of both animals and humans in different fields, such as riding or riding therapy.