The grass is greener where new public artwork can be found 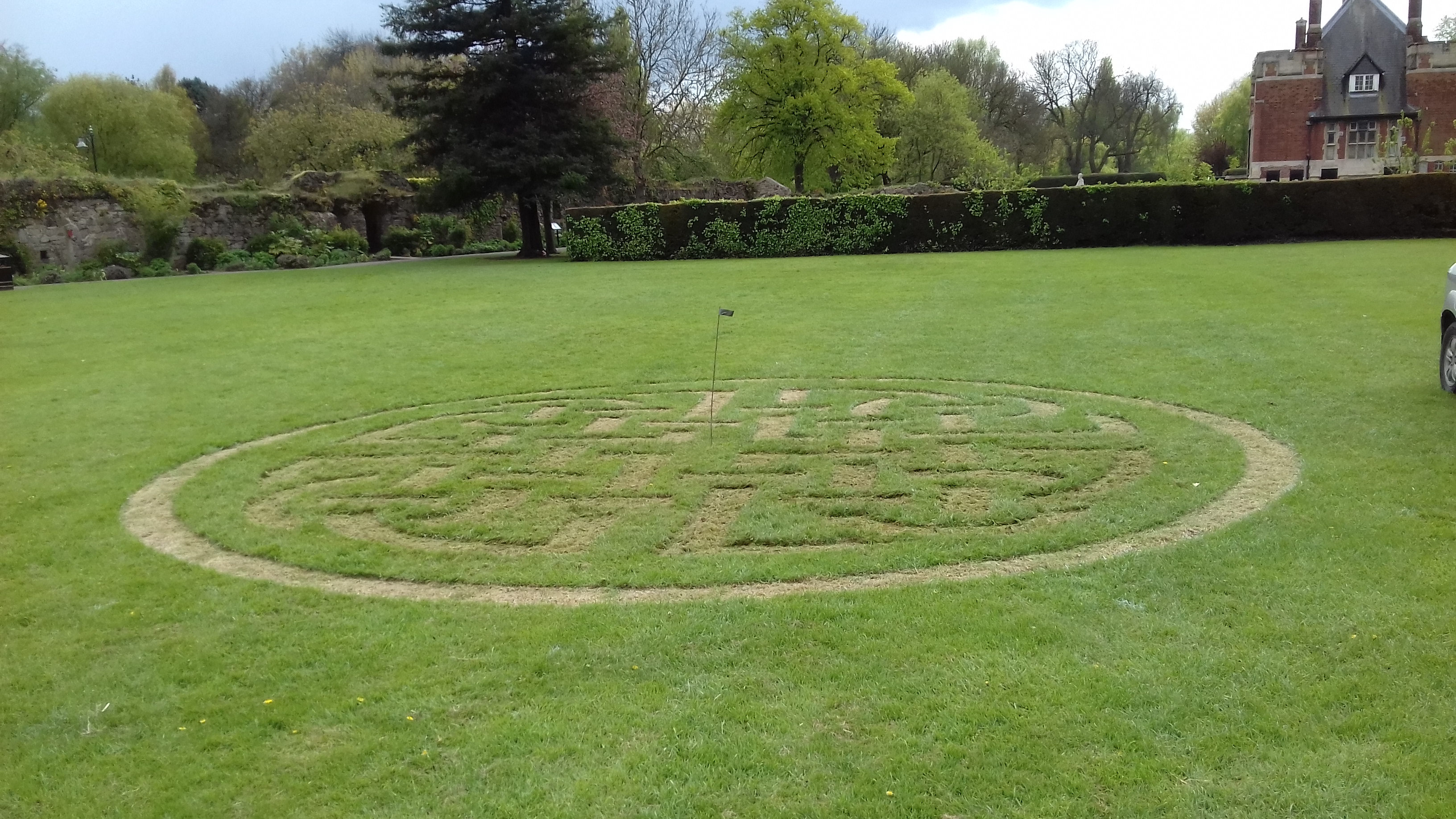 Graham’s mown installation takes systems and patterns from industries historically associated with Leicester such as textile designs, formal garden knot garden forms and mechanical shapes, and marries them together in a circular form. The circle is a theme that runs throughout the project, symbolising the cyclic and repetitive nature connecting ‘People, Pattern and Process’. Graham said: “The piece will evolve as the summer progresses and as I tend to it. Some areas I may let grow and other shapes may be added. The project finishes in August at which point the design will be left to fade away and recorded as nature and the park management reclaims it. “The work began by collecting and researching designs and patterns relating to parks, industry and observing similar in the museum objects we chose to use for the show in county and city stores. The designs were then worked up in various forms using Photoshop and Illustrator to use in graphics and vinyls for the exhibition and for one final version that was commissioned for the Abbey Park to tie in with the EXPO 72 industrial exhibition, a major celebration of industry and science held at Abbey Park in 1972. 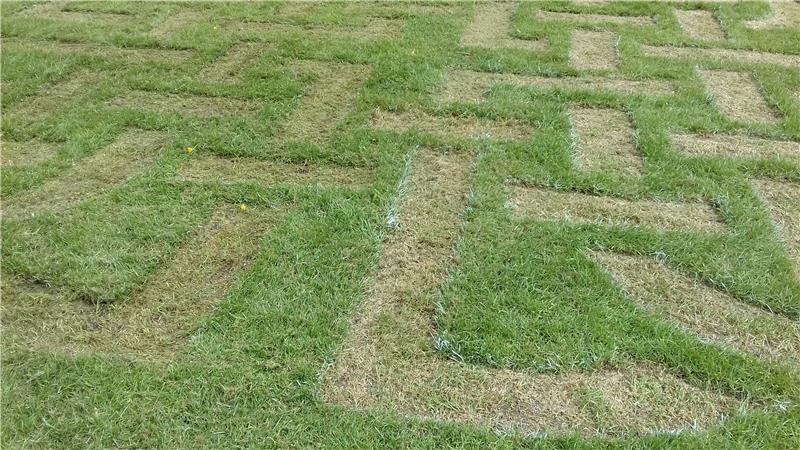 “I then begin simply with sticks and strings measuring and marking out the design with line marking paint to scale it up. Some parts involve the use of repeat large stencils. Finally the design is drawn out and mown using a garden strimmer. “I always hope that the public can enjoy the work on various levels, simply as a decorative garden design that can be explored or indeed used by children to run around and play in, or read into it more deeply by studying the interaction of the designs and thinking about their origins or connections with history. “In most of my work I like to try and blur the boundaries between fine art, design, craft and the other arts or to make pieces that ask what art is and if what might be seen at first as pure decoration can have a much deeper meaning. Above all I enjoy seeing people smile at my work.” Graham took his inspiration from the work of other land artists such as Richard Long and Andy Goldsworthy. He has previously worked on many pieces drawn in the snow and mown at botanic gardens and parks, plus the National Trust’s Calke Abbey, all of which were site-specific pieces bringing together systems and patterns from the natural landscape and manmade environment.  His work as a garden designer in the early days also informed the works. Graham added: “The idea of mowing in the grass came from working as a garden designer in my early career with some inspiration from seeing how other land artists rework the landscape. It is also a way of working I have developed as an alternative way of creating works since recovering from a head injury which caused me to give up lecturing in Art and Design. I used to work on very detailed small drawn and painted works that were much more figurative and the injury affected some perceptual skills making it difficult to continue.

“Through the help of the skilled staff and friends at the Attenborough Arts Centre I have been able to find new ways of working, such as the mowing, layering processes and assemblages that allow me to still explore the arts.”‘Leicester: Memories of Industry’ comprises two new exhibitions to mark the 20th anniversary of Attenborough Arts Centre, which explore the influence of Leicester’s industrial legacy on its urban and natural landscapes. The exhibitions have been developed by g8artists Diane E Hall, Graham Ensor and Robert Thacker, alongside sound and visual artist Lucy Stevens.  The artists were supported with a grant from Arts Council England to produce new commissions for the exhibition. Collectively, their work will aim to reflect the cyclic nature of the landscape, from industrial use to the reestablishment of the natural environment.In Gallery 1, People, Pattern and Process brings together seldom seen artefacts and contemporary art work in unexpected ways, provoking interaction between science, technology, philosophy and art.

In Gallery 2 Park Life Hall, Ensor, Thacker and Stevens present a collection of objects relating to the history of Leicester’s green urban spaces. Inspired by Leicester EXPO 72, a major celebration of industry and science held at Abbey Park in 1972, the display draws connections between the development of the city’s parks and the industries that funded them. Councillor Piara Singh Clair, Assistant City Mayor for Culture, Leisure and Sport, said: “This exhibit links with our Heritage Lottery-funded Story of Parks project, which celebrates the important role that our city’s parks have played in the lives of Leicester people for generations. This collaborative exhibition is an opportunity to explore another fascinating chapter in this history.” More information on Graham Ensor’s work can be found at: http://www.g8artists.co.uk/gallery/section.asp?section=graham+ensor_0017

Find out more about the Attenborough Arts Centre: www.attenborougharts.com

The asteroids Ryugu and Bennu were...