A sea of microplastic troubles: long-term ingestion harms growth and reproduction in fish 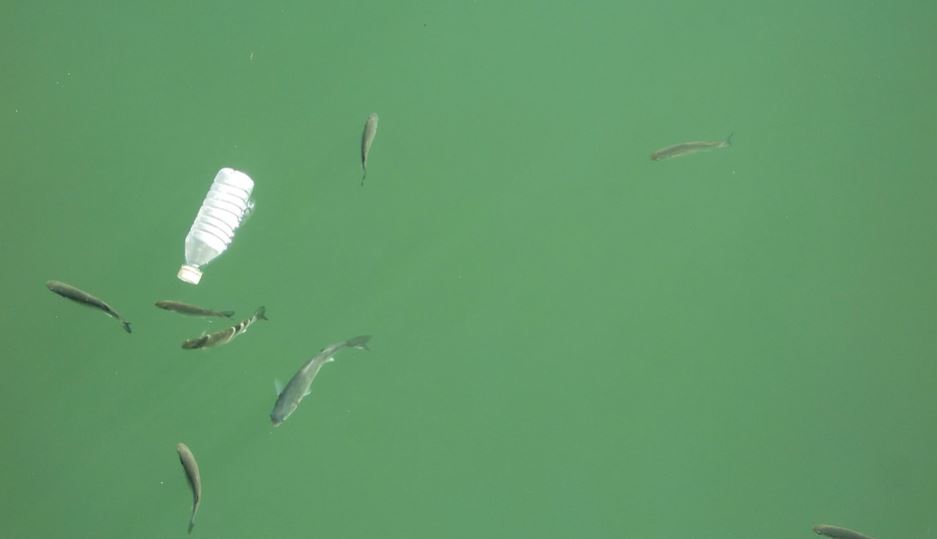 INRAE, Ifremer and the Universities of Bordeaux (France) and Orebrö (Sweden) have been studying the toll taken by lifelong exposure to toxic microplastics on key biological functions in fish. Two species of fish, one freshwater and the other marine, were exposed for a period of four months to different microplastics, some of which were coated with organic pollutants (spiked), while others were left unmodified (virgin). The team’s findings appear in the 5 August 2021 issue of the Journal of Hazardous Materials and reveal harmful impacts on both growth and reproduction for this extended experimental exposure period. How seriously the two core functions were affected depended on a number of variables including polymer type, presence or absence of organic pollutants, and length of exposure.

The team selected polyethylene (PE) and polyvinyl chloride (PVC) for their study of the physiological consequences of the extended ingestion of microplastics, as these are the two most commonly found materials in packaging and plastic items. They tested the effects of both virgin and spiked microparticles (in the latter, organic pollutants are adsorbed on the microparticle)1. The study was carried out over four months on two species of fish: the marine medaka (Oryzias melastigma) and the freshwater zebrafish (Danio rerio).

Plastics and pollutants: as the problem gets bigger, the fish get smaller … but there’s more

The amount of plastic debris (and of microplastics in particular) in our oceans is constantly growing. The ubiquity of sources of microplastics and their persistence in the aquatic environment mean that a great variety of microplastics are now present across all marine ecosystems and, consequently, in aquatic food webs 2.

Microplastics can vary in size (from 1 µm to 5 mm) and in chemical composition. They can also transport different pollutants and microorganisms as they adsorb the organic pollutants in their surroundings, both on the water’s surface, where low-density plastics such as polyethylene (PE) are initially found, and in sediments, which harbour high-density plastics such as polyvinyl chloride (PVC).

Perfluorinated PFOS (perfluorooctane sulfonic acid), used as a flame-retardant in plastics, BP3 (benzophenone-3), commonly used as a UV filter, in sunscreens in particular, and BaP (benzo[a]pyrene), which is contained for example in petroleum-based products, are all organic pollutants that are frequently found in aquatic systems.

A decrease in growth, or more exactly in body size and weight, was observed in exposed fish regardless of species or polymer type. These effects were considerably greater after 4 months than after two, which highlights how essential it is to conduct long-term studies when assessing the toxicity of microplastics. Further, this decrease in growth (ranging between 20 and 45%) was observed mainly in females, probably due to their greater energy needs during reproduction compared with those of males.

Reproductive rates were also observed to fall by up to 50% compared with usual rates. These disruptions varied according to species and microplastic type. For the freshwater zebrafish, combined exposure to PVC-BaP and PVC-BP3 led to a delay in spawning, and exposure to PE-BP3 and to all PVCs, whether virgin or spiked, led to a reduction in spawn numbers. In the marine medaka, exposure to almost all microplastics resulted in a reduction in the number of eggs produced per female per day. Last, PVC-BP3 caused behavioural disturbances in offspring at the larval stage.

These results provide stark evidence of problems in both growth and reproduction for fish exposed to microplastics over extended periods, potentially leading to serious failures in the functioning of ecosystems. The effects produced and their intensity varied according to polymer type (PVC is more toxic than PE), the presence or absence of combinations of organic pollutants (BP3 is more toxic than PFOS or BaP), the duration of the exposure, and sensitivity differences between the species studied.

The next step is to examine how particle size and chemical composition affect microplastic toxicity, and to investigate the role played by additives. This understanding of the underlying mechanisms of the biological disturbances caused by microplastics will enable us to assess the extent to which these effects can be extrapolated to all microplastic types, making it possible, for example, to prioritise the regulation of emissions.