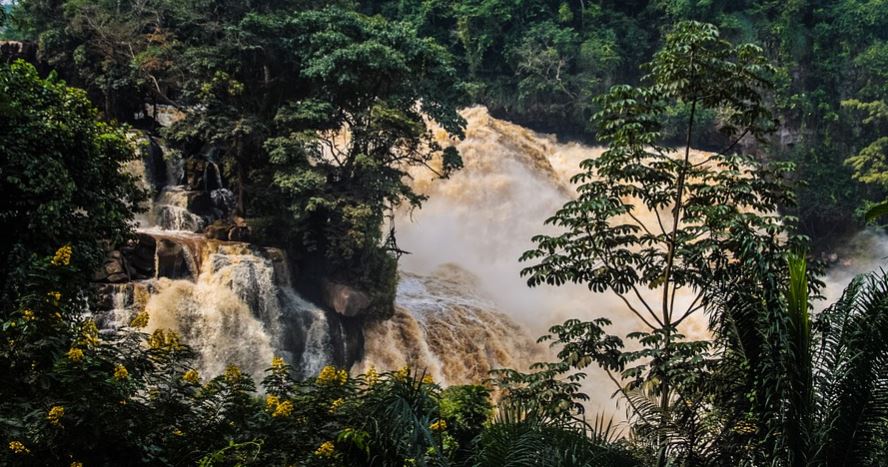 A new study published in the journal Science Advances shows that Bantu-speaking communities in the Congo rainforest underwent a major population collapse from 1600 to 1400 years ago, probably due to a prolonged disease epidemic, and that significant resettlement did not restart until around 1000 years ago. These findings revise the population history of no less than seven present-day African countries (Cameroon, Central African Republic, Democratic Republic of the Congo, Republic of the Congo, Gabon, Equatorial Guinea, and Angola) and challenges the commonly held belief that the settlement of Central Africa by Bantu-speaking communitieswas a continuous processfrom about 4000 years ago untilthe start of the transatlantic slave trade.

Ongoing debates about decolonization, restitution of African cultural heritage and antiracism have also renewed interest in the European colonization of Central Africa, even if it was a relatively short period in the long and eventful history of the region. Modern humans lived in the savannas of Central Africa several tens of thousands of years before they emerged in Europe. Also, in the Congo rainforest did our ancestors overcome many challenges long before the first European expedition traversed it, as shown again in this recently published study.

As part of a cross-disciplinary research project examining theinterconnections between human migration, language spread, climate change and early farming in pre-colonial Central Africa, the current study combines a comprehensive analysis of all available archeological radiocarbondates as a proxy for human activity and demographic fluctuation with a comprehensive analysis of the diversity and distribution of pottery styles as a proxy for socio-economic development. These well-dated archeological records were further compared in this study with genetic and linguistic evidence to gain new insights into the ancient settlement history of Bantu-speaking populations in the Congo rainforest.

According to archeologist Dirk Seidensticker (UGent), one of the two lead authors, the multi-proxy approach developed in this study is unique both in terms of empirical evidence and scientific method, in that it uses 1149 radiocarbon dates linked to 115 pottery styles recovered from 726 sites throughout the Congo rainforest and adjacent areas: “We are the first to integrate these three types of archeological datasets on such a large scale and for such a long period and to demonstrate that throughout Central Africa two periods of more intense human activity (~800 BCE to 400 CE and ~1000 to 1900 CE) are separated by a widespread population collapse between 400 and 600 CE. Doing so, we could clearly delineate the periods commonly known as the Early Iron Age and Late Iron Age, each of them characterized by distinct pottery styles which first underwent a widespread expansion phase followed by a regionalization phase with many more local pottery styles. Pottery being one ofthe fewmaterialitems of cultural heritage that has survived the ravages of time, this is an important stepforward for the archeology ofCentral Africa.”

The initial spread of Bantu-speaking people from their homeland on the border between Nigeria and Cameroon towards eastern and southern Africa starting some 4000 years ago isunique in theworlddue to its magnitude, rapid pace, and adaptation to multiple ecozones. This spread had a momentous impact on the continent’s linguistic, demographic, and cultural landscape. The Bantu languages constitute Africa’s largest language family: about 1 out of 3 Africans speak one or several Bantu languages.

Historical linguist and Africanist Koen Bostoen (UGent) is excited about how these new insights that urge us to rethink the Bantu Expansion, one of the most controversial issues in African History: “Africa’s colonization by Bantu speech communities is usually seen as a single, long-term and continuous macro-event. We tend to see today’s Bantu speakers as direct descendants from those who originally settled the rainforest some 2700 years ago. Likewise, we think that current-day Bantu languages developed directly from the ancestral languages of those first settlers. However, our results show that this initial wave of Bantu-speaking Early Iron Age communities had largely vanished from the entire Congo rainforest region by 600 CE. The Bantu languages of this area may thus be almost 1000 years younger thanpreviously thought. Scientifically speaking, thisintroduces new challenges for our use of linguistic data to reconstruct Africa’s history.More generally, our study shows that African societies faced serious catastrophes long beforethe transatlantic slave trade and Europeancolonization and had the resilience to overcome them. This is hopeful.”

A prolonged epidemic as the cause of population collapse?

Paleobotanist andtropical forest ecologist Wannes Hubau (UGent & RMCA Tervuren), the other lead author, highlights that the drastic population collapse around 400-600 CE coincided with wetter climatic conditions across the region and may therefore have been promoted by a prolonged disease epidemic: “We note the broad coincidence between the sharp demographic decline in the Congo rainforest and the Justinian Plague (541–750 CE), which is regarded as one of the factors leading to the fall of both the Roman Empire and the Aksumite Empire in Ethiopia. It may have killed up to 100 million people in Asia, Europe, and Africa. We have no firm evidence that the population collapse observed in our archeological data is really due to a persistent vector-borne disease. However, the bacteriaYersinia pestis,which caused the Justinian Plague, has a long-standing presence in Central Africa. One particular strain, still found today in DRC, Zambia, Kenya and Uganda, has prevailed in Central Africa for at least 300 years and is the oldest living strain closely related to the lineage that caused the Black Death in 14th century Europe. We therefore consider a prolonged pandemic of plague to be a plausible hypothesis for the observed supra-regional population decline in 5th-6th century Central Africa.”