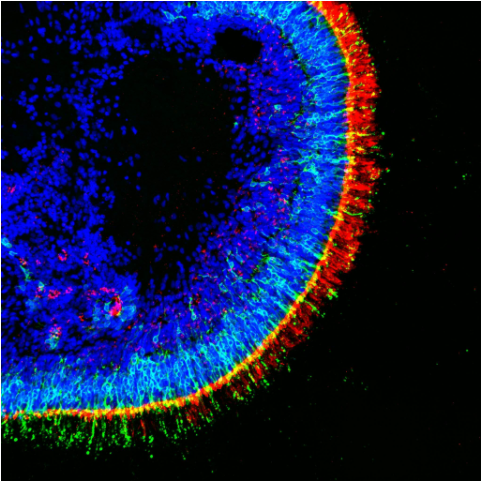 Scientists have generated accurate replications of human retinas in culture that can be used to pinpoint the specific types of cells affected by genetic eye diseases. The culmination of a six-year effort, this achievement will accelerate progress in developing new therapies and was reported today in Cell by a team led by Botond Roska at the Institute for Molecular and Clinical Ophthalmology Basel (IOB) and collaborators at the Novartis Institutes for BioMedical Research.

"The research addresses a fundamental unmet need, which is to develop model retinas that closely resemble the real organ," says Cameron Cowan, a senior researcher in the IOB Human Retinal Circuit Group and the paper's first author. "It opens up the possibility of developing treatments in a dish tailored to individual patients."

The retina is the part of eye that receives and organizes visual information. It contains millions of light-sensitive cells and nerves and has five distinct layers that collectively send signals to the brain so that people can see.

The cultured retinas, which are called organoids, had been derived from pluripotent stem cells that were then coaxed to self-organize into this five-layered structure. The mature organoids could sense light at their surface layers, and they delivered visual impulses via synapses to the cell layers inside. Importantly, the IOB team developed a method that generates highly uniform retinal organoids by the thousands, providing a valuable resource for researchers around the world.

Upon assessing the organoids genetically, the team found that their transcriptomes (i.e., total gene read-outs), stabilized at a developed state containing most retinal cell types by week 38, which is also the average length of a human pregnancy. Then in a further characterization, IOB researchers compared the organoids to human retinas from multi-organ donors. Donated retinas will soon be damaged by a lack of blood flow and oxygen, so the team developed a way to keep them fresh. Using this method, the retinas retained light sensitivity and healthy functional circuitry for up to 16 hours.

"Ours is the first publication showing light responses in post-mortem retinas," says IOB director and co-author Botond Roska. "This is clear evidence of an improved isolation procedure, since the retinas otherwise lose this ability."

The comparison revealed that cell-specific transcriptomes in maturing organoids and the real retinas become increasingly similar over time. Moreover, retinal diseases, the research showed, map to the same sorts of cells in the organoids and real retinas. Based on that finding, the IOB scientists made a significant contribution: They created a publicly-available atlas of transcriptomes for each retinal cell type.

Using that resource, researchers can now map diseases to retinal cells that they can also grow and study in a dish. The combined resources usher in a wealth of therapeutic opportunities.

"You can grow high-quality retinal organoids derived from a patient's own pluripotent stem cells," says Magdalena Renner, Head of the IOB Human Organoid Platform, who also shares credits as the paper's first author. "And with the transcriptome atlas, you can find out where a disease gene is expressed, so you can deliver a gene therapy that will go in and fix it."

Twitter
Tweet
Altro in questa categoria: « Why the world is at risk without immunisation Neurological consequences of COVID-19: The ‘Silent Wave’ »