UB study analyses the structure of marine ecosystems from 6,000 to 5,000 years ago to anticipate those changes caused by global warming 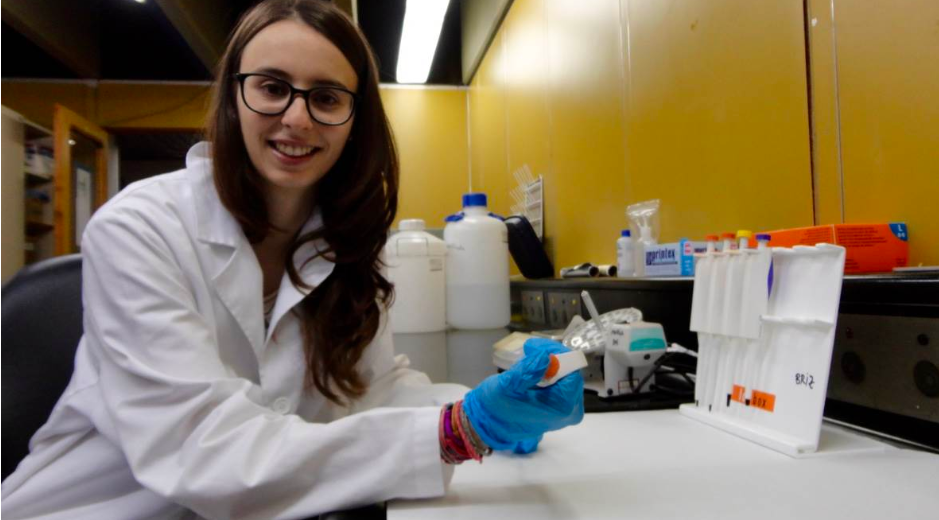 The study is part of the doctoral thesis by the researcher Maria Bas, member of the Biodiversity Research Institute (IRBio) of the University of Barcelona and the CADIC-CONICET.

Global warming will modify the distribution and abundance of fish worldwide, with effects on the structure and dynamics of food networks. However, making precise predictions on the consequences of this global phenomenon is hard without having a wide historical perspective.
A study carried out at the University of Barcelona and the Southern Centre for Scientific Research (CADIC-CONICET, Argentina), analysed the potential implications in the distribution of the Argentinian hake (Merluccius hubbsi), caused by the warming of marine waters. The study is based on the analysis of the structure of the marine ecosystems from 6,000 to 500 years ago, when temperatures were warmer than now. The results show this species could expand towards south and reach the coast of the South America extreme southern area, like it happened in the past. According to the researchers, this approach allows researchers to make predictions on the transformations to be caused by the climate change in the marine environment with important ecogical and economic implications.

The study, published in the journal Oecologia, is part of the doctoral thesis by the researcher Maria Bas, member of CADIC-CONICET and the Biodiversity Research Institute (IRBio) of the University of Barcelona, co-supervised by the tenure-track 2 lecturer Lluís Cardona, from the Research Groups on Large Marine Vertebrates at the Department of Evolutionary Biology, Ecology and Environmental Sciences of the Faculty of Biology and IRBio, and by the expert Ivan Briz i Godino, from CADIC-CONICET. York University (United Kingdom) and British Columbia University (Canada) have also taken part in the study.

The Middle Holocene, a plausible view of the future

Researchers focused on the Atlantic coast of Isla Grande in Tierra del Fuego, in the extreme south of Argentina, where the hake is a key species for industrial fisheries. They collected samples from two archaeological sites dating from the Middle Holocene, that is, between 6,000 and 5,000 years ago, a period when temperatures would be analogous to those we are heading to in the future –according to climate models. “Remains from fish that lived in the warmest periods of the Holocene are specially interesting since they offer a plausible view of the future in the context of global warming. At the moment, the average annual temperature of the sea surface in Tierra del Fuego is about 7ºC, but during the Middle Holocene it reached 11 and 12ºC. Therefore, data on the biology of the hake during this period can provide information on the distribution of this species in a near future”, note the authors.

The presence of remains from other models of hake in the archaeological site Río Chico 1, in the north of Tierra del Fuego (Argentina), show the existence of a large population of hake in the northern east of Tierra del Fuego during the Middle Holocene. Since then, this population disappeared due to the cooling temperatures and their habitat was unknown.

Changes in the distribution of the Argentinian hake

In order to discover the habitat of these fish, the first step in the study was to identify the remains through the mitochondrial DNA analysis and make a reconstruction of the size of old models. Then, researchers used the technique of carbon and nitrogen stable isotope analysis to study changes in the trophic position and the use of the habitat over time. This technique enables researchers to get information on the food intake, and the environment of the species that lived in a recent past, since the information is registered in the bone isotopic signal.

Results show that Argentinian hake that lived in the Atlantic coast of Tierra del Fuego during the Middle Holocene had a broader isotopic niche and fed in more coastal habitats compared to those in current times. “This information, combined with strong winds and currents of the region, together with the lack of sailing technology during the Middle Holocene suggest that groups of aboriginal hunter-fisher-gatherers were likely to fish in the shore”, note the authors. If the environmental conditions of a warmer world coincide with what prevails in the Middle Holocene, the Argentinian hake could be more abundant in the continental Argentinian platform of Tierra del Fuego. “From a fishing perspective, this situation suggests a potential increase of resources in shallow waters regarding Tierra del Fuego with important changes in the fishing industry in this region”, highlights Lluís Cardona.

According to the researchers, this methodology can be used with other species and in other areas of the planet. “In the future, we would like to know the changes that have taken place in the distribution and ecological niche of the hake and the cod in European waters”, concludes the researcher.

Twitter
Tweet
Altro in questa categoria: « The importance of balance and postural control in children with autism spectrum disorders Lactoferrin as potential preventative and treatment for COVID-19 »

Lactoferrin, a unique molecule with...