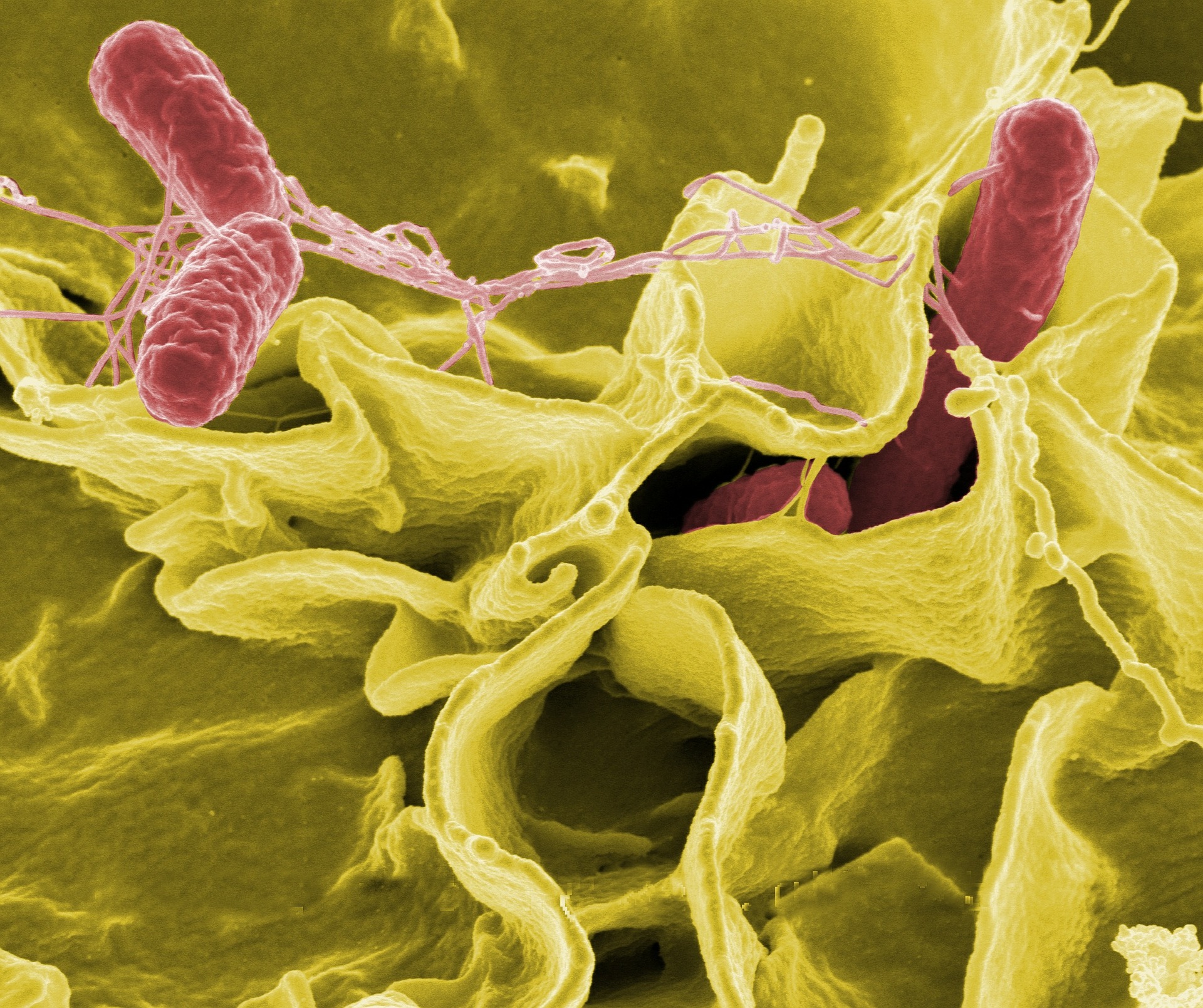 Scientists have identified a single genetic change in Salmonella that is playing a key role in the devastating epidemic of bloodstream infections currently killing around 400,000 people each year in sub-Saharan Africa. Invasive non-typhoidal Salmonellosis (iNTS) occurs when Salmonella bacteria, which normally cause gastrointestinal illness, enter the bloodstream and spread through the human body. The African iNTS epidemic is caused by a variant of Salmonella Typhimurium (ST313) that is resistant to antibiotics and generally affects individuals with immune systems weakened by malaria or HIV. In a new study published in Proceedings of the National Academy of Sciences of the United States, a team of researchers from the Universities of Birmingham and Liverpool have identified a specific genetic change, or single-nucleotide polymorphism (SNP), that helps the African Salmonella to survive in the human bloodstream.

SNPs represent a change of just one letter in the DNA sequence and there are thousands of SNP differences between different types of Salmonella. Until now, it has been hard to link an individual SNP to the ability of bacteria to cause disease. Professor Ian Henderson, Director of the Institute of Microbiology and Infection at the University of Birmingham, said: “Invasive non-typhoidal Salmonellosis is a major and previously neglected tropical disease responsible for an estimated 390,000 deaths per year in Africa. “Despite the availability of more than 100,000 Salmonella genomes, it has proven challenging for scientists to find specific genetic changes that can give us the clues to explain how this disease develops. “In this study, we developed a type of genetic analysis called transcriptomics to analyse 1,000 different SNPs that affect important Salmonella genes. “We found a single nucleotide difference that is unique to the African ST313 strain and causes it both to be so virulent and also prevents the disease from being killed in the bloodstream.” The scientists then used an advanced genetic technique to switch the SNP found in the African strain to the version found in the type of Salmonella that causes food poisoning and gastroenteritis globally. Finally, they used an animal infection model to show that the bacteria with the altered SNP had lost their ability to cause disease.

Professor Jay Hinton, of the University of Liverpool, said: “Pinpointing this single letter of DNA is an exciting breakthrough in our understanding of why African Salmonella causes such a devastating disease, and helps to explain how this dangerous type of Salmonella evolved. “We’ve developed a new investigative approach to understand bacterial infection, which is the culmination of six years of work. This combination of genomics and transcriptomics could bring new insights to other important pathogens, and prepare us for future epidemics.” Professor Melita Gordon, a University of Liverpool clinician-scientist working in Malawi who was involved in the project, said: “The ability of iNTS Salmonella strains to cause such serious disease leads to devastating and frequently fatal consequences for very young children, and for adults who may be the chief breadwinners in their homes and communities. “We see iNTS disease placing an enormous burden on thinly-stretched local health facilities and hospitals in Malawi, particularly because diagnosis is difficult, and treatment options are limited. It is now urgent that a vaccine is developed to combat this dangerous infection.”

The study received funding support from the Wellcome Trust and was carried out in collaboration with the Liverpool School of Tropical Medicine.