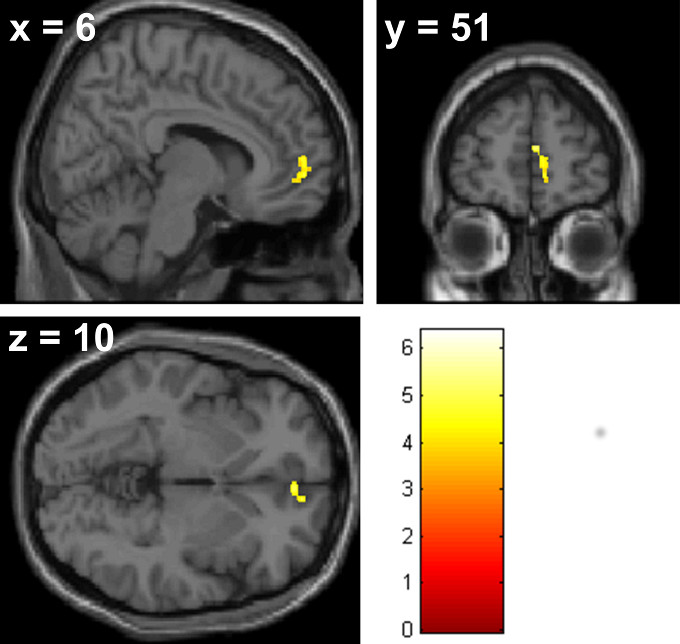 Area of gray matter rACC correlated positively with the perception of mental silence.

The study's findings show that mental silence experienced through Sahaja Yoga meditation is associated with the development of neural networks and areas that are crucial for the control of attention and emotions.

A study on the human brain in a state of mental silence in meditation supports the benefits of this discipline in the control of attention and emotions. The research carried out by the University of La Laguna (ULL), in collaboration with the Universitat Jaume I of Castelló (UJI), the Max Planck Institute for Human Cognitive and Brain Sciences of Leipzig and the Institute of Psychiatry, Psychology and Neuroscience of King's College London, has recently been published in the journal Neuroscience. The researchers of these centres, led by the lecturer Sergio Elías Hernández of the ULL, have spent eight years doing research on this state of mental silence from the perspective of neuroscience and health. It is said that meditation is, among other things, a physiological state of reduced metabolic activity, different from sleep, which causes physical and mental relaxation and improves psychological balance and emotional stability. In Western psychology, three states of consciousness are described: dream, daydream and wakefulness. In Eastern philosophy and in several Western religious and mystical traditions, an additional and supposedly "higher" state of consciousness has been described, the so-called "fourth state of consciousness," also called "state of mental silence" or "consciousness without thoughts", or "nirvichara samadhi" in Sanskrit.

In addition to the interest that meditation has always aroused for personal growth, the positive results of meditation in the treatment of mental disorders such as stress, depression or anxiety, among others, have greatly impelled the scientific study of meditation in its different facets and versions. The study published in the journal Neuroscience was conducted in the magnetic resonance scanner of the University of La Laguna, where researchers recorded brain anatomy and functional connectivity in a state of mental silence during meditation (functional connectivity is a neuroimaging technique showing how different brain areas cooperate to perform functions). For the aforementioned study, 23 expert meditating volunteers participated in Sahaja Yoga meditation, together with a group of 23 non-meditating volunteers with whom brain anatomy was compared. Both groups were very similar or equivalent in age, educational level, ethnic origin, etc.

The study of the meditators’ brain anatomy showed that a region called rostral anterior cingulate cortex (rACC) was directly related to the ability to be mentally silent. In this rACC area, the meditator group had an average of 7.5% more grey matter than the non-meditator group (the grey matter is the part of the brain tissue that includes the nuclei of the neurons and the dendrites that receive the influences of other neurons). In addition, those meditators who had a deeper mental silence in their meditation on the scanner also had more grey matter in this area than those who had a less lasting mental silence. It is important to note that, according to recent scientific publications, people suffering from anxiety, depression, hyperactivity and attention deficit, psychic illnesses characterized by the difficulty of stopping the torrents of thoughts, like other more serious mental conditions such as schizophrenia or autism, have less grey matter in this rACC area. Similarly, people who enjoy greater happiness and greater self-control of their emotions have more grey matter in this area. These findings, together with that of this study, show the importance of this rACC centre as an important area for the ​​control of emotions and attention.

Another important finding of this study was that mental silence was associated with greater functional connectivity between the aforementioned rostral anterior cingulate area (rACC), with the anterior insula and the putamen in both hemispheres, areas in charge of internalised attention (the anterior insula) and the simple state of joy (the putamen). On the other hand, the state of mental silence produced a disconnection of the rACC with the thalamus. The thalamus is an area known as a place where there is neuronal interconnection (synapses) of the sensory neurons of the different senses. This fact was interpreted as less attention to the outside world in favour of greater internalized attention during meditation, which facilitates concentration in meditation and prevents meditators from being distracted by noise or alterations from the outside. This an important fact if one has to meditate inside a resonance scanner that has a high level of noise associated with its normal operation.

In conclusion, the study's findings show that mental silence experienced through Sahaja Yoga meditation is associated with the development of neural networks and areas that are crucial for the control of attention and emotions, all of which may have a positive impact on mental health directly and on physical health indirectly.