The earliest ‘Homo sapiens’ outside Africa 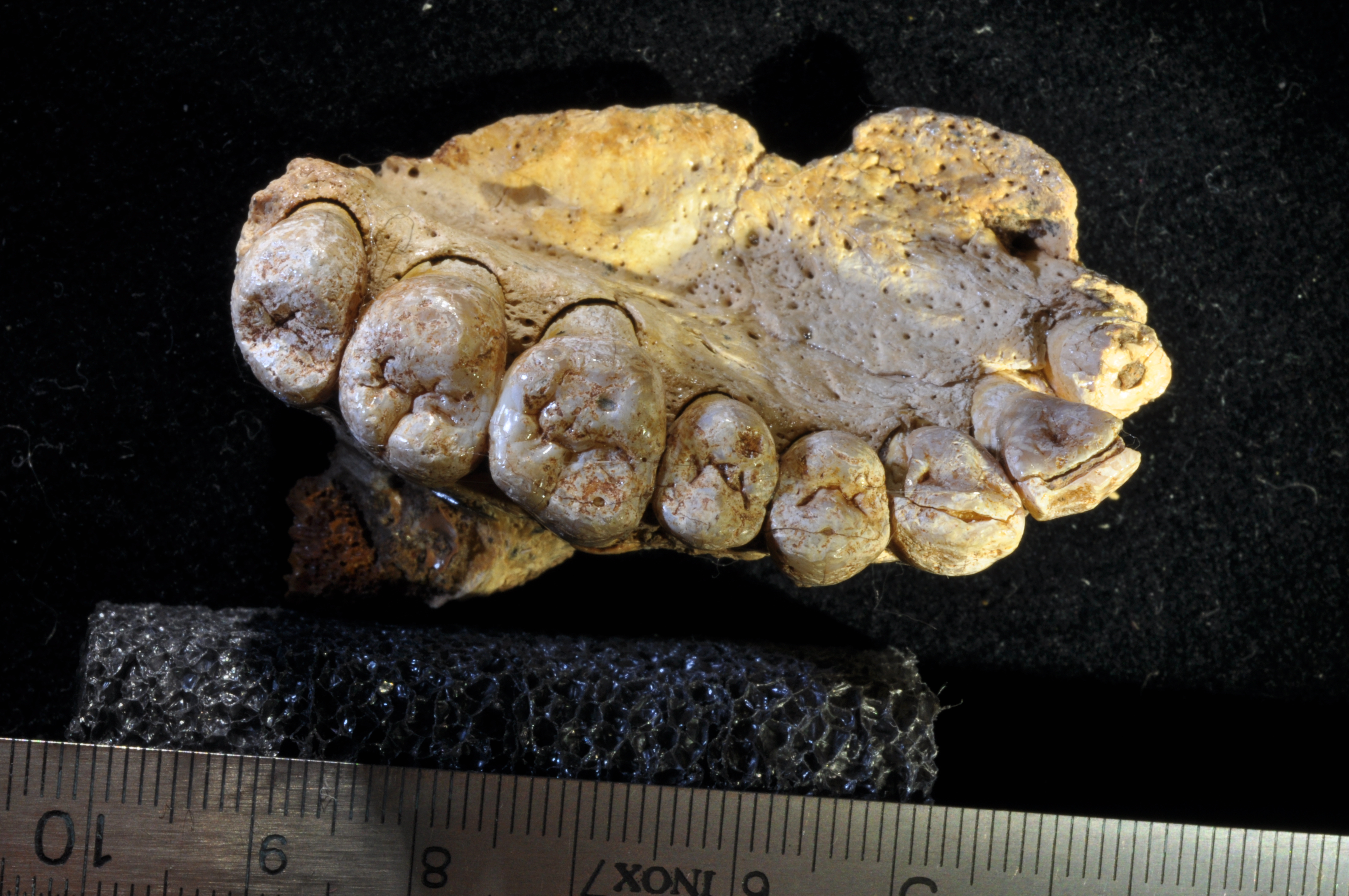 This work, led by Israel Hershkovitz of the University of Tel Aviv (Israel), is the outcome of a collaboration between researchers attached to several international institutions from America, Europe, Asia and Oceania, among whom are Jose María Bermúdez de Castro, Mathieu Duval, María Martinón-Torres and Laura Martín-Francés, of the Centro Nacional de Investigación sobre la Evolución Humana (CENIEH); Juan Luis Arsuaga, of the Museum of Human Evolution (MEH), and José Miguel Carretero, Laura Rodríguez and Rebeca García, of the University of Burgos (UBU).

Up to now, the oldest remains of Homo sapiens outside Africa had been identified in the Levant Corridor and in China, and were dated to between 80,000 and 120,000 years ago. “This new discovery in Misliya places the first migration of our species at around 200,000 years ago. We are uncovering the earliest non-African part of our history”, declares María Martinón-Torres, director of the CENIEH, who in 2015 had already participated, together with Bermúdez de Castro, in the discovery of the oldest H. sapiens in China.

Fortunately, the ceiling of Misliya Cave collapsed about 160,000 years ago and protected the human fossil and archaeological artifacts buried in the sediments until today. The rich archaeological evidence shows that the inhabitants of Misliya Cave were hunters of large species such as aurochs, Persian fallow deer and gazelles, controlled the production of fire in bonfires, made extensive use of plants and created lithic tools of the early Middle Palaeolithic, employing sophisticated innovative techniques, similar to those found with the first modern humans in Africa. To determine which species the Misliya maxillary belongs to, the researchers performed both classic anthropological measurements of the maxillary and the teeth, as well as analyses using tomography and  computerized axial microtomography which enabled the internal anatomy of the fossil to be studied and its form to be compared through reconstructions and 3D virtual models.

The comparison with fossils of Africans, European and Asian fossils, and with recent human populations, has shown that this fossil belongs unmistakably to an archaic modern human. “Neither the maxillary nor the teeth share any of the features which characterize other human species, including the singular Neanderthals”, comments José Miguel Carretero, director of the Laboratory of Human Evolution (LEH) at the University of Burgos. Recently, the fossils of Jebel Irhoud (Morocco) were described, with a published age of 300,000 years, and their discoverers have proposed their possible attribution to our own species. But as Juan Luis Arsuaga, scientific director of the Museum of Human Evolution, explains, the African fossils earlier than Misliya, like those of Jebel Irhoud, could rather be considered pre-sapiens, and “in my opinion, they are ancestors of our species but do not belong to it, which lends the findings in Israel greater importance".

Direct dating of the fossils

In order to determine its age, direct dating was undertaken on one tooth of the maxillary using the methods of (U-Th) series and Electron Spin Resonance (better known by the acronym ESR). Part of this work was conducted in the laboratories of the CENIEH by the geochronologist Mathieu Duval, in the framework of a European research project. “To achieve reliable dating, a special protocol had to be developed which would limit the destructive aspect of the method, similar to that used recently to date the remains of Homo naledi, in South Africa”, explains Duval, currently a researcher at Griffith University (Australia). The importance of this work, in which other members of the Atapuerca Research Team (EIA), such as Rolf Quam of Binghamton University (USA) and Carlos Lorenzo of Rovira i Virgili University, also participated, enables the Spanish scientific team to be considered in the vanguard of the study of human evolution, particularly in relation to the palaeoanthropology and dating of prehistoric settlements around the Mediterranean. To carry out this work, the Spanish team received financing from the Ministry of Economy and Competitiveness (CGL2015-65387-C3-2-3-P MINECO/FEDER), the Atapuerca Foundation and the European Commission (Marie Curie IOF 626474)

Twitter
Tweet
Altro in questa categoria: « Researchers identify a protein that keeps metastatic breast cancer cells dormant The genome of vascular plants bears witness to the evolution of viruses of the family Caulimoviridae »