The History of Humanity Does Not Require Rewriting: The “Case of Untermassfeld” 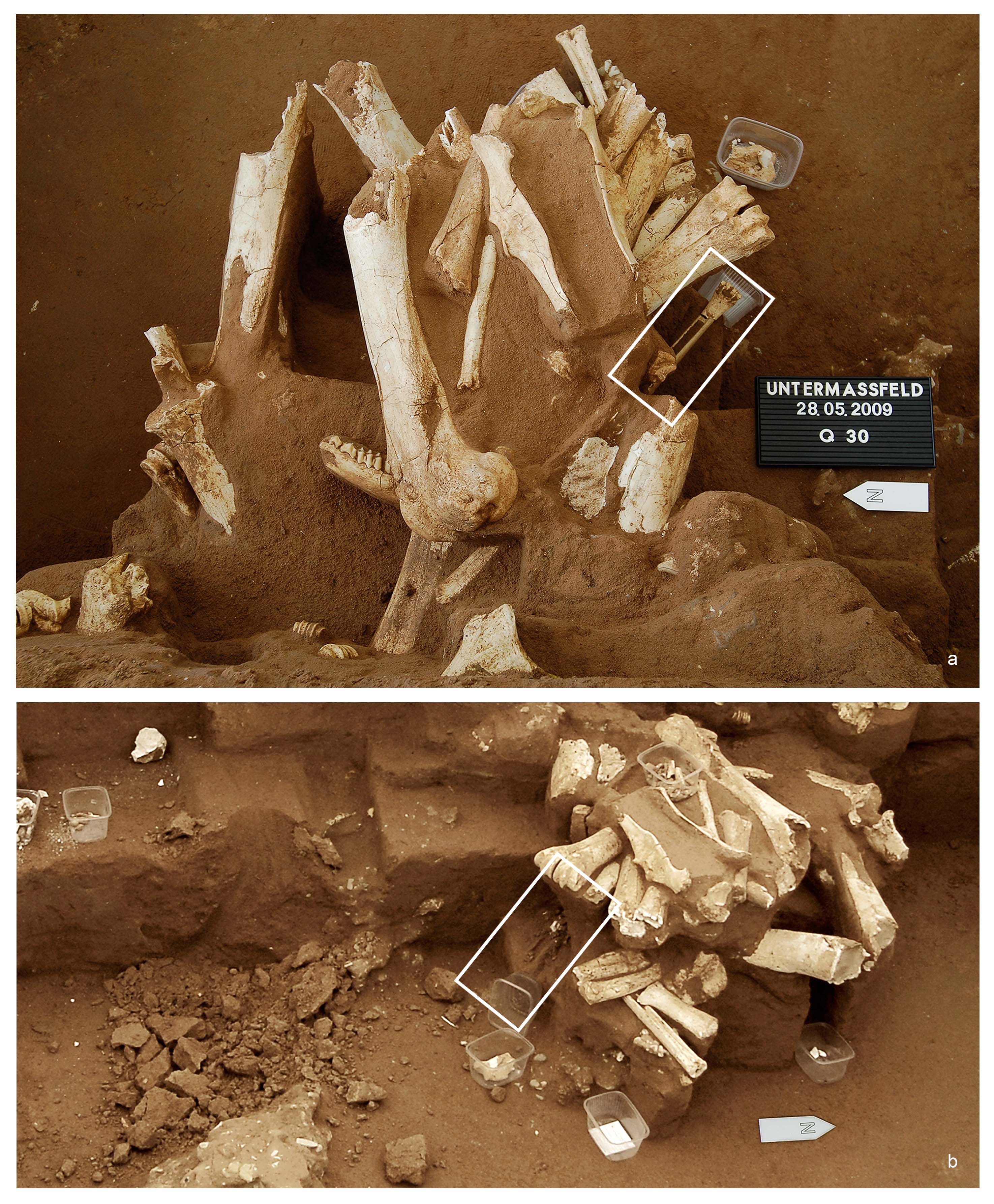 In a newly published study in the “Journal of Paleolithic Archaeology,” Senckenberg scientist Professor Dr. Ralf-Dietrich Kahlke, in conjunction with an international team of renowned Stone Age experts, refutes a recent publication regarding the dispersal of humans in Europe. This publication postulates that the first humans occurred in Northern and Central Europe as early as about one million years ago – more than 200,000 years earlier than previously documented. Moreover, the team of scientists around the Ice Age researcher from Weimar was able to show that the specimens of the archeological study were presumably stolen from the research excavation in Untermassfeld. Saber- and dirk-toothed cats, giant hyenas, hippopotamuses and elephants – the Untermassfeld fossil site in the Thuringian Werra Valley offers a unique representation of the time period around one million years ago. “Each recovered fossil helps us to understand the ecosystem at that time and offers a detailed view into the life history on earth,” explains Professor Dr. Ralf-Dietrich Kahlke of the Senckenberg Research Station for Quaternary Paleontology in Weimar, and he continues, “The diversity of the more than 17,000 specimens retrieved to date ranges from a tiny frog skeleton to the largest known cheetahs in geological history."

A recently published study in the “Journal of Human Evolution” now announced a new “sensational discovery” from the Thuringian fossil site. The study’s authors describe several bones that were “processed with tools by humans.” This is taken as proof for the presence of early humans in Central Europe around one million years ago, according to the study’s senior author and hobby collector from Hesse. “We have been digging in Untermassfeld since the 1970s, with a cumulative total of 90 months of recovery activity. More than 30 researchers from 20 institutes in Germany and abroad are involved in the analysis of our discoveries and results. None of us has ever before encountered traces of fossil hominids,” cautions Kahlke. For the Ice Age researcher from Weimar, this was sufficient reason to get to the bottom of this asserted claim, together with a German-Dutch team of archeologists, including Professor Dr. Wil Roebroeks (University of Leiden), Professor Dr. Sabine Gaudzinski-Windheuser (University of Mainz) and Professor Dr. Michael Baales (University of Bochum). “The archeological studies clearly show that the described bones and rocks neither constitute human tools, nor do the objects reveal signs of processing,” explains Kahlke. Upon closer inspection, the marks on the fossil animal bones that were described as signs of cutting and hammering caused by humans turned out to be “the results of root etching, feeding traces by predators and rodents, as well as improper retrieval,” according to Gaudzinski-Windheuser. In addition, the team of scientists was able to prove that the ‘archeological specimens’ were obtained by the senior author through questionable means. They also refuted the author’s claim that the objects came from an “old GDR collection.” “We diligently documented the excavation in Untermassfeld with daily photographs; therefore, we can state with certainty that the ‘analyzed’ fossils were only broken out of the excavation surface in the period between 2009 and 2012 and therefore cannot originate from an old collection,” adds John-Albrecht Keiler, the Senckenberg excavation leader in Untermassfeld.

The team of scientists from Weimar links the described objects to a series of thefts between 2002 and 2012 at the fossil site – this assumption is primarily based on a fossil fallow deer bone, which found its way into the Senckenberg Research Station’s collection by way of an anonymous mailing via the Natural History Museum “Schloss Bertholdsburg Schleusingen.” Kahlke comments as follows: “Among others, this bone fragment is presented as part of the archeological study refuted by us – and it was demonstrably stolen from our excavation in 2009.” All in all, about 400 specimens with a potential six-figure total value were taken. With the support of the Free State of Thuringia, these specimens shall now be made available to science again. “Following the series of thefts, we have significantly expanded our safety concept, in cooperation with the police agencies. We hope that illegal excavations and the resulting faulty scientific ‘findings’ will now be a thing of the past,” offers Kahlke in conclusion.

Twitter
Tweet
Altro in questa categoria: « New hope for critically endangered Myanmar snub-nosed monkey From the eruption of the Timanfaya volcano in the Canary Islands to the coniferous forests in the Pyrenees in Spain »