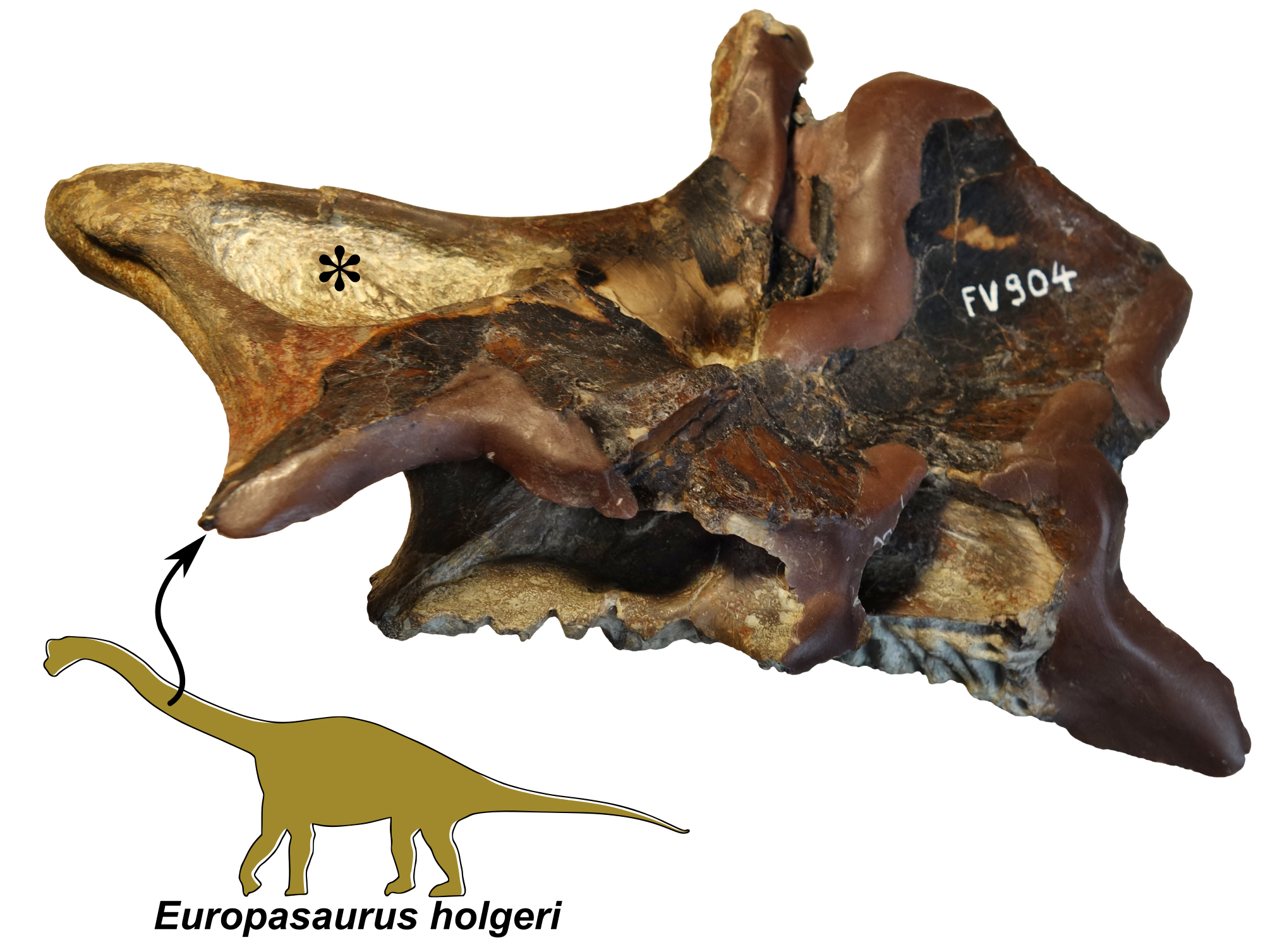 Dinosaurs are far from extinct, but dominate as birds still most regions of the globe. Part of this huge success is due to the evolution of air sacs, which are crucial for the high efficiency of their respiratory system. Scientists at the University of Bonn analyzed the structure of bones that are in contact with air sacs and found both in extinct and extant species a hitherto unknown type of bony tissue. The results now are published in “Biology Letters”. “The respiratory organs of vertebrates exhibit a tremendous degree of diversity, but the lung-air sac system of birds is truly unique among extant species,” says Dr. Markus Lambertz from the Institute for Zoology at the University of Bonn in Germany. Air sacs are bellows-like protrusions of the lung, and their volume changes cause the air flow in the separate gas exchanger. This functional separation is crucial for the exceptional efficiency of this respiratory system, but air sacs can do more: they can invade bones, a process called “pneumatization”.

Pneumatized bones are very light, because they are filled with air instead of the more heavy marrow, which was not only important for active flight, but also for the evolution of gigantism in sauropod dinosaurs. Through the presence of the resulting pneumatic cavities, it has long been known that air sac-like structures predate the origin of birds, since they were found both in the gigantic sauropods as well as in carnivorous dinosaurs. However, when and potentially how many times air sacs did evolve was inaccessible until now.

Pneumosteum: a hitherto unknown type of bony tissue as a diagnostic tool

Filippo Bertozzo was pretty surprised when he analyzed the bone structure in the course of his master’s thesis at the Steinmann-Institute for Geology, Mineralogy and Paleontology of the University of Bonn: “Bones that are in contact with air sacs exhibit a unique structure composed of very fine and densely packed fibers. After it turned out that this was true both in modern birds and extinct dinosaurs, we proposed to name this special kind of bony tissue “pneumosteum”.” Especially astonishing was the fact that pneumosteum was not only restricted to pneumatized bones, but was also found on the surface of conspicuous cavities present in cervical vertebrae of sauropod dinosaurs. Dr. Lambertz adds: “Such cavities had already previously been hypothesized as potential locations of air sacs, but only our microscopic analysis now provides convincing arguments for this.” Other soft tissues, such as muscles, can leave traces in bone as well. “There are several types of fibers within bone tissue, but the pneumosteum is markedly different from them,” explains Prof. Dr. Martin Sander from the Steinmann-Institute in Bonn. This characteristic individuality of the pneumosteum thus makes it an excellent diagnostic tool for recognizing bones that were in contact with air sacs. 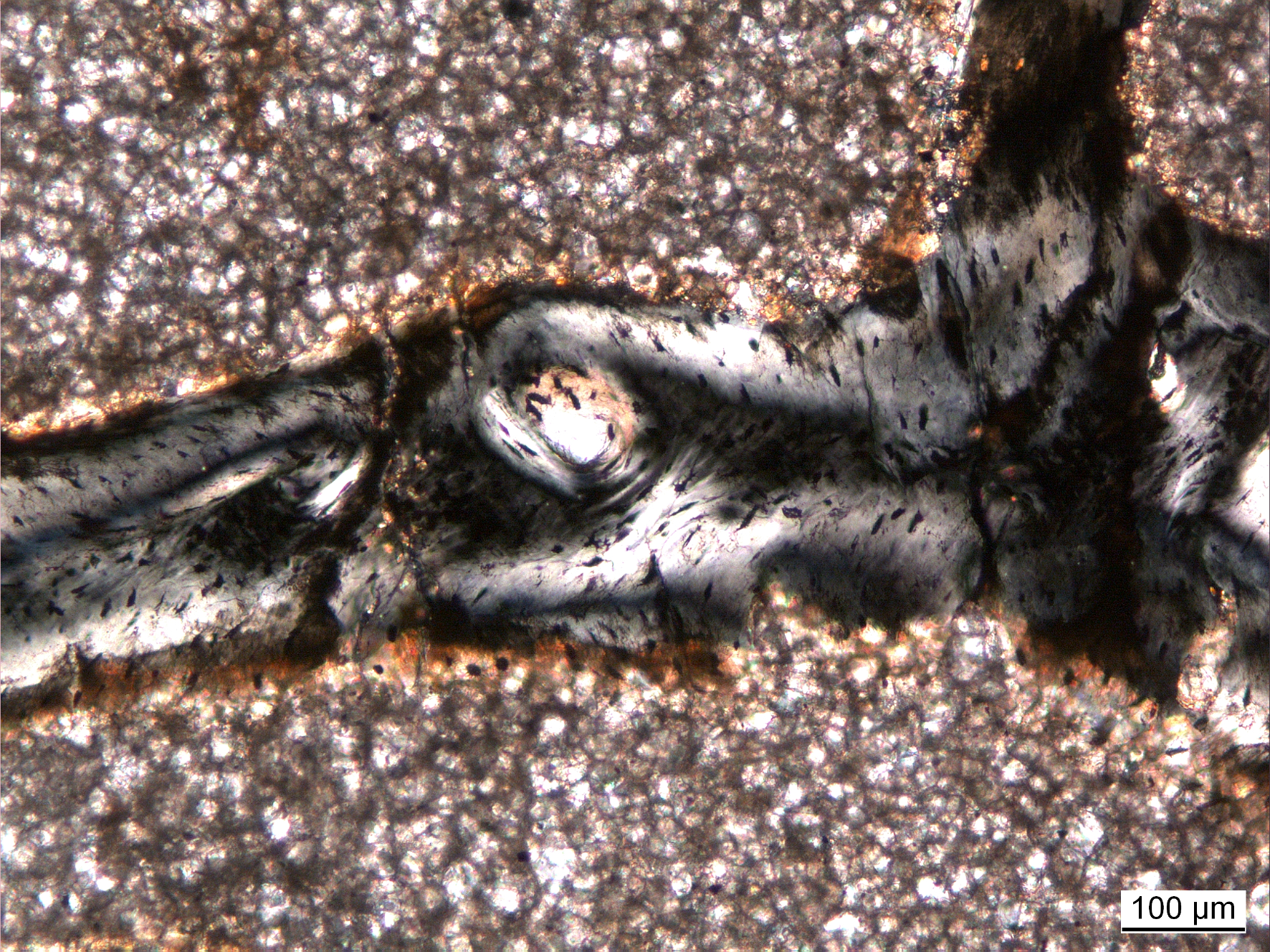 Access to the past and potential for future research

Given that pneumosteum was only discovered in the dinosaurian lineage now provides the opportunity to trace the evolutionary origin of air sacs. Especially the fact that pneumosteum is not restricted to pneumatized bones but was also found on bone surfaces opens up access to studying species that might have exhibited air sacs as part of their respiratory system, but lack obviously pneumatized bones. Fossilization of air sacs is nearly impossible because their delicate structure is composed of only a few layers of cells. Professor Sander thus is convinced that the discovery of pneumosteum will lead to a greatly improved understanding of the evolution of the dinosaurian respiratory system. Dr. Lambertz concludes with: „This project once again highlights the importance of the interdisciplinary collaboration between zoologists and paleontologists for elucidating evolutionary history.”

Twitter
Tweet
Altro in questa categoria: « How odours are turned into long-term memories Scientists uncover why sauna bathing is good for your health »