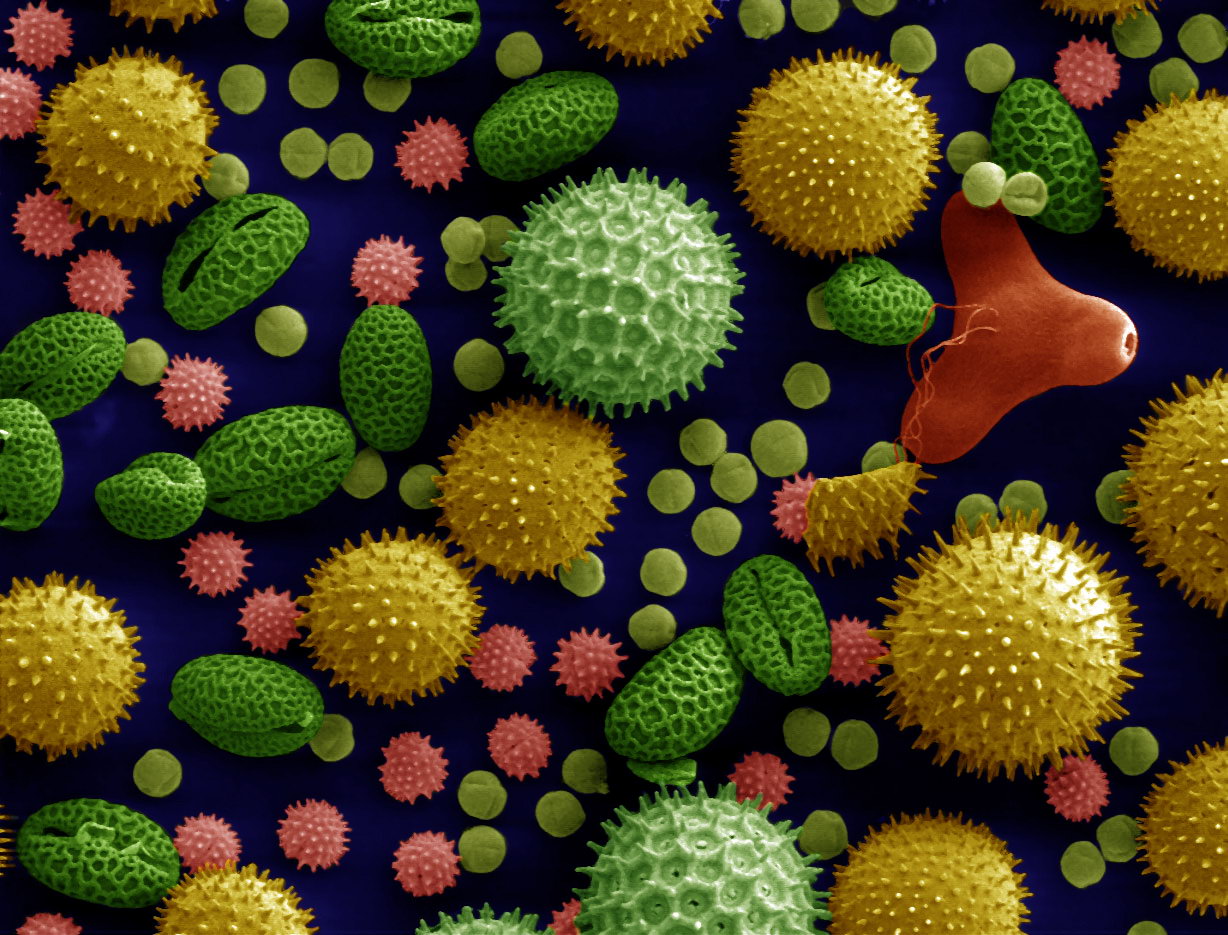 Working in collaboration with teams from the Czech Republic and Japan, researchers from the Institut Pasteur, Assistance Publique – Hôpitaux de Paris (AP-HP), and Assistance Publique - Hôpitaux de Marseille (AP-HM) have identified, for the first time, the likely origin of the cross-reactivity between cypress pollen, peaches and citrus fruits. Their work has shown that these sources contain allergens belonging to a new family of proteins involved in pollen food associated syndrome. This discovery, which was published in JACI on August 3rd, paves the way for the development of novel allergy diagnostic tests.

Today, more and more people suffer from allergies, especially in industrialized countries (where almost 30% of the population is affected). In view of this, doctors are observing an increase in cases of "pollen food associated syndrome", or "combination" allergies, i.e. those which occur via a cross-reaction between pollen (respiratory allergies) and food (food allergies). In Mediterranean regions, allergic reactions to cypress pollen/peach and cypress pollen/citrus fruits have been described in clinical practice. In such cases, certain people, having been exposed and sensitized to cypress pollen from a young age, go on to develop allergies to citrus fruits and peaches in adulthood. It is estimated that 60% of food allergies occur in combination with respiratory allergies.

Although several explanations had been put forward regarding the increase in these combination allergies, such as environmental or lifestyle changes, the structural basis for the cross-reaction between cypress pollen and certain fruits had, until now, not been formally identified. A translational study (combining clinical observation and academic research), directed by researchers from the Institut Pasteur and AP-HP, working in partnership with teams from the Prague University of Chemistry and Technology (Czech Republic) and Hokkaido University (Japan), and also the Pneumo-Allergy Unit at La Timone Hospital in Marseille (AP-HM), has revealed for the first time the underlying physicochemical and immunological mechanisms behind this cross-reaction. In this study, the scientists analyzed the physicochemical, immunological and structural properties of BP14, an allergen identified in cypress pollen. They were able to demonstrate numerous similarities with the peach allergen Pru p 7 and the orange allergen Cit s 7, both of which belong to the "snakin/GRP" (Gibberellin-regulated protein) protein family. These observations led the researchers to establish that BP14, Pru p 7 and Cit s 7 were members of a new family of respiratory and food allergens involved in pollen food associated syndrome. As study coordinator Pascal Poncet (from the Institut Pasteur’s Center for Innovation and Technological Research) explains: "a new concept has emerged – conditional sensitization. Once the immune system of an individual develops an intolerance to an allergen such as BP14, it is then more likely to become sensitive to similar allergens within the same protein family which are present in other allergen sources."

Demonstrating this cross-reactivity and identifying its causes could allow the new allergen family to be included in the battery of tests available to allergy sufferers, from which it is currently absent. As such, the discovery should contribute to improve allergy diagnosis, and lead to better patient treatment in keeping with the development of a personalized medicine.

Twitter
Tweet
Altro in questa categoria: « “Europe’s Demographic Future. Where the Regions Are Heading after a Decade of Crises” Cancer detection with sugar molecules »