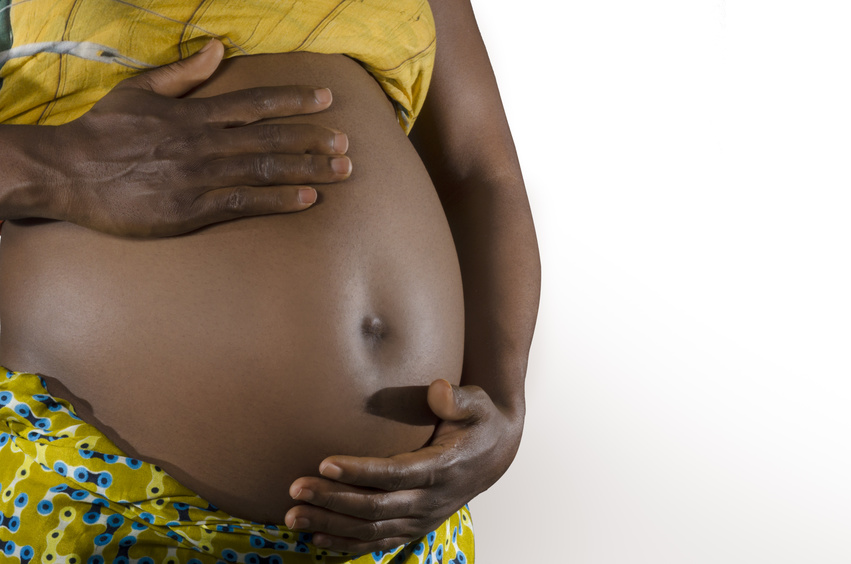 Up to 80% of people in Africa, especially women, regularly eat clayey soil – this habit is known as geophagy. A previous study conducted at MedUni Vienna has already shown that it is a form of craving. Now researchers from the Center for Public Health and the Institute of Medical Genetics at MedUni Vienna have shown that this practice can also be detrimental to health: pregnant women who consume particular types of soil display higher levels of lead contamination – as do their babies. That is the finding of a study that was produced for the dissertations of two students (Rosina Glaunach and Coloman Deweis) of MedUni Vienna and that has now been published in "Environmental Research".

The study involved examining mother/baby pairs in the Democratic Republic of Congo, who ate/eat clayey soil from two different regions. Blood samples taken from the mother or from the baby's umbilical cord after birth showed significantly higher lead concentrations than those found in newborn babies in Austria, for example: "We found an average lead concentration of 60 µg of lead per litre of blood in newborn babies in the Democratic Republic of Congo. By way of comparison, the lead concentration in newborns in Austria is much lower: on average we only find 13 µg of lead per litre," explain lead investigators Ruth Kutalek und Claudia Gundacker. "And it is probable that there is a direct correlation with geophagy. Consumption should definitely be reduced." The maximum limit is 155 µg. Lead concentrations in the blood are currently being re-evaluated on an international level. Says Gundacker: "The US health authority regards concentrations in excess of 50 µg/l as being so alarming that it recommends targeted public health measures to reduce these levels." The researchers' aim is now to conduct a larger study to determine more precisely which types of soil and what quantities contribute to lead contamination. This should enable us to give more specific advice to pregnant women. In this way it might be possible in future to offer food substitutes under medical supervision – these can range from "healthier" soils through to food supplements with a high iron content but also include a general soil "diet".

Eating soil as a "reward"

Geophagy is a form of substance craving, just like a craving for chocolate or as a type of "reward". Says Kutalek: "These people often eat clay as a snack between meals and report that they could not do without it." However, the reason behind it could be quite different – and also quite multi-layered. Soil contains clay, which binds toxins, in the same way as charcoal tablets combat diarrhoea. This clay could influence the pH of the stomach acid and help to combat heartburn – many women in Africa eat a diet consisting mainly of maize, cassava and pulses. However, migrants from Africa who have come to Europe and people in Asia are in the habit of eating soil. It is sold in exotic supermarkets.