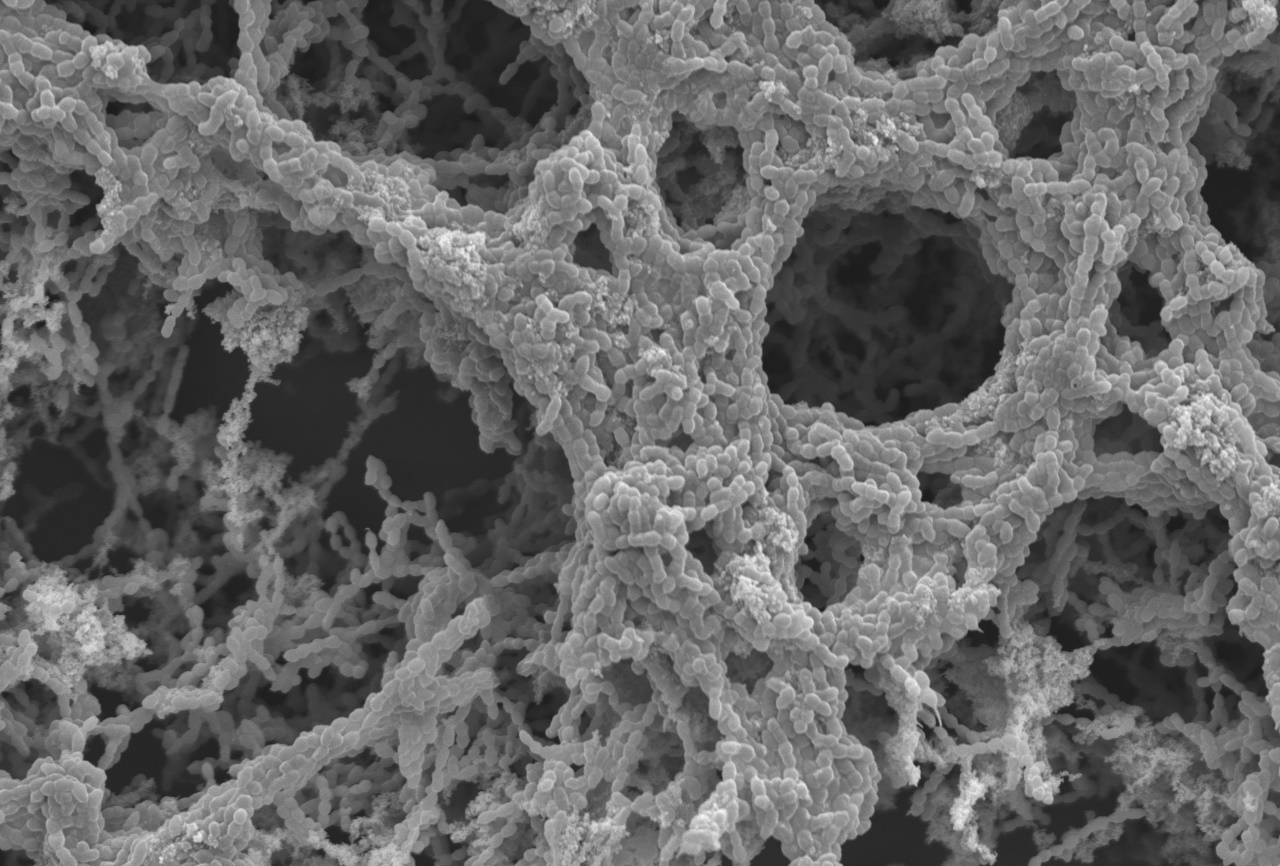 Interdisciplinary research at the University of Leicester has explored the impact of black carbon on bacteria in the respiratory tract .Researchers from the University of Leicester have for the first time discovered that bacteria that cause respiratory infections are directly affected by air pollution - increasing the potential for infection and changing the effectiveness of antibiotic treatment. The interdisciplinary study, which has been published in the journal Environmental Microbiology, has important implications for the treatment of infectious diseases, which are known to be increased in areas with high levels of air pollution.

The study looked into how air pollution affects the bacteria living in our bodies, specifically the respiratory tract – the nose, throat and lungs. A major component of air pollution is black carbon, which is produced through the burning of fossil fuels such as diesel, biofuels, and biomass. The research shows that this pollutant changes the way in which bacteria grow and form communities, which could affect how they survive on the lining of our respiratory tracts and how well they are able to hide from, and combat, our immune systems. Dr Julie Morrissey, Associate Professor in Microbial Genetics in the University of Leicester’s Department of Genetics and lead author on the paper, said: “This work increases our understanding of how air pollution affects human health. It shows that the bacteria which cause respiratory infections are affected by air pollution, possibly increasing the risk of infection and the effectiveness of antibiotic treatment of these illnesses.

“Our research could initiate an entirely new understanding of how air pollution affects human health. It will lead to enhancement of research to understand how air pollution leads to severe respiratory problems and perturbs the environmental cycles essential for life.” Dr Shane Hussey and Dr Jo Purves, the research associates working on the project said: “Everybody worldwide is exposed to air pollution every time they breathe. It is something we cannot limit our exposure to as individuals, but we know that it can make us ill. So we need to understand what it is doing to us, how it is making us unhealthy, and how we might be able to stop these effects.” The research focused on two human pathogens, Staphylococcus aureus and Streptococcus pneumoniae, which are both major causes of respiratory diseases and exhibit high levels of resistance to antibiotics. The research team found that black carbon alters the antibiotic tolerance of Staphylococcus aureus communities and importantly increases the resistance of communities of Streptococcus pneumoniae to penicillin, the front line treatment of bacterial pneumonia.

Furthermore, it was found that black carbon caused Streptococcus pneumoniae to spread from the nose to the lower respiratory tract, which is a key step in development of disease. Professors Julian Ketley, Professor of Bacterial Genetics, Department of Genetics and Peter Andrew, Professor of Microbial Pathogenesis, Department of Infection, Immunity and Inflammation, said: “Urbanisation in megacities with extreme levels of air pollution are major risk factors for human health in many parts of the world. Our research seeks to lead and participate in international research consortia of biologists, chemists, clinician, social scientists and urban planners. Together we will investigate how increasing urbanisation promotes infectious disease.”

The World Health Organization describes air pollution as the “largest single environmental health risk”. Air pollution is thought to be responsible for at least 7 million deaths per year, which equates to an eighth of all global deaths. The UK and many other countries around the world continue to breach the recommended pollution limits set by the World Health Organization. Professor Paul Monks, Pro-Vice-Chancellor and Head of the College of Science and Engineering, who is a leading expert on air pollution added: “The lead investigators have brought together their expertise in genetics, microbiology and air pollution chemistry to provide truly multidisciplinary ground breaking insights. “This research has significant potential to initiate a global research effort to understand a hitherto unknown effect of air pollution and provide significant additional impetus to the control of pollution.”

The four year study was conducted by a University of Leicester’s College of Medicine, Biological Sciences and Psychology PhD studentship, and research grants from The Leverhulme Trust and the Natural Environment Research Council (NERC). The study published in Environmental Microbiology is available here:

Twitter
Tweet
Altro in questa categoria: « Sickle cell disease: remission of the signs of the disease in the first patient in the world treated with gene therapy Insects love windthrows »