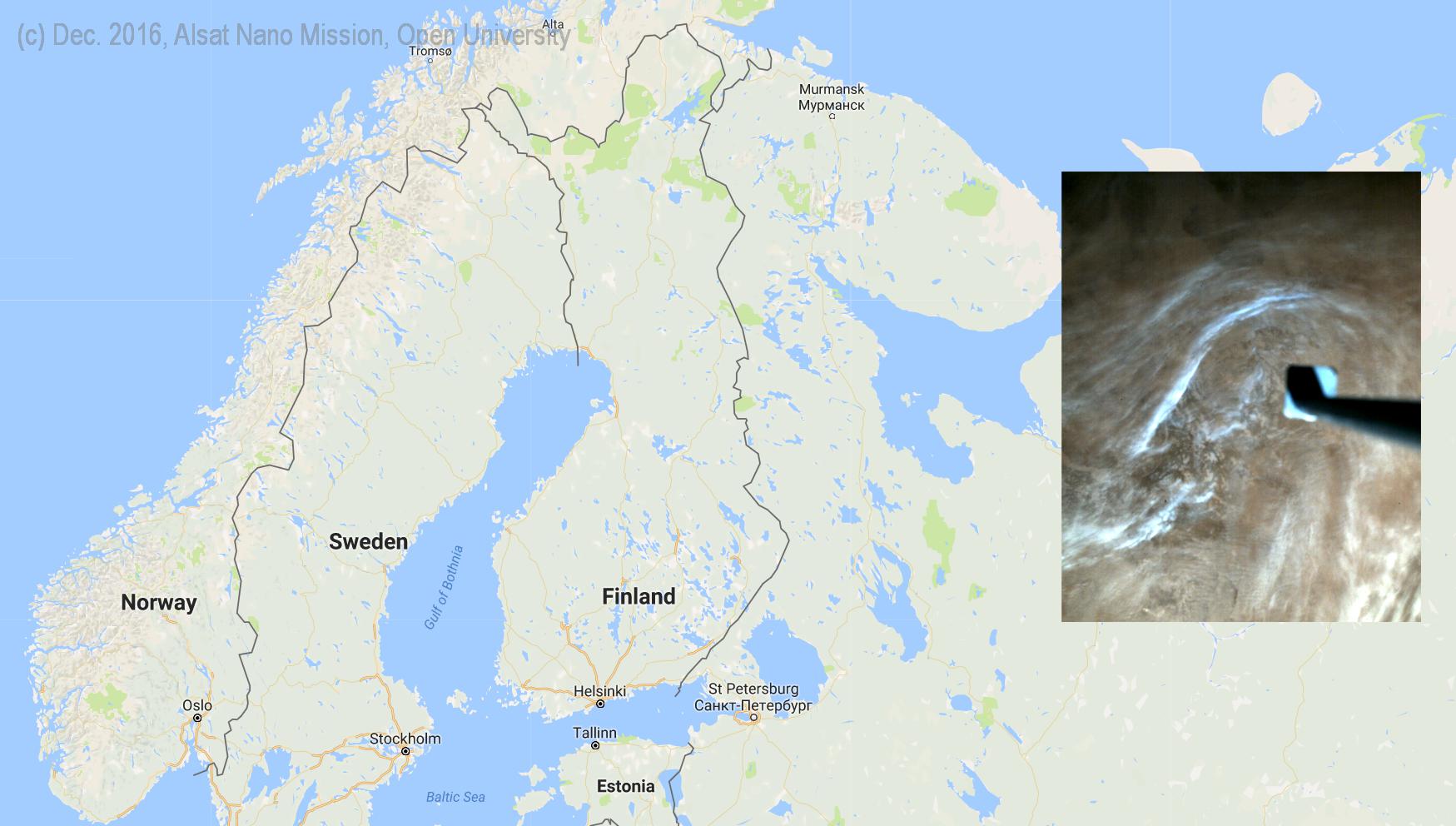 Surrey Space Centre (SSC), University of Surrey was responsible for the design, build and verification of the spacecraft including a training program for Algerian students, as well as supporting development of a ground station in Algeria and training their operators.

AlSat Nano stuck to a tight development schedule, with less than 18 months between payload selection and flight readiness, allowing UK industry and academia to stay ahead of the curve in the competitive global CubeSat market.

AlSat Nano, which was designed and built at the University of Surrey in just 18 months, has captured and downloaded its first full colour image - a step forward in demonstrated UK nanosatellite capability. The image was taken by the Open University C3D2 instrument’s wide field camera on 3rd December 2016 over the Arkhangelsk Oblast region, on the North West coast of Russia. The image was captured under twilight conditions at dawn, showing the coastline to the top of the image, and a brief winter sunrise over the arctic region with a deep red-brown hue. Through the cloud cover there is evidence of hills and snow on mountains, and mist in the river valleys. The object in the foreground is the Oxford Space Systems Ltd AstroTubeTM Boom payload, also carried on board the spacecraft. AlSat Nano is a joint nanosatellite mission between the UK Space Agency and Algerian Space Agency (ASAL) as part of an on-going initiative to enhance collaboration. The UK Space Agency has funded the design, build and verification of the spacecraft at Surrey Space Centre (SSC), University of Surrey, as a hands-on learning exercise for Algerian postgrad students to demonstrate the practical elements of low cost space technology. ASAL has provided the launch, and operations are being undertaken in Algeria by ASAL operators trained at SSC. Prof Guglielmo Aglietti, Director of Surrey Space Centre, said: “AlSat Nano has been an exciting project for the Surrey Space Centre to be leading. Educational and research elements, and the technology knowledge transfer with the Algerian Space Agency were key parts of this project. Additionally, the development of this nanosatellite platform has been a great opportunity to work with UK payload providers, who are demonstrating some exciting new technologies.”

AlSat Nano is Algeria’s first CubeSat mission and is globally showcasing the capability of UK technology in partnership with industry and academia. With a spacecraft the size of a shoebox yet featuring all the core subsystems of much larger satellites, the programme demonstrates how CubeSats can be assembled quickly and launched at a fraction of the cost. This will help Algeria strengthen its domestic space technology capability by giving their scientists and engineers first-hand experience of spacecraft operations.

Dr Abdewahab Chikouche, Director of Space Programmes at Algerian Space Agency, said: “The Alsat-1N project is a concrete example of the success of our cooperation with UKSA. This project, very enriching from the scientific and technological point of view, allowed ASAL engineers to progress in the integration and testing of nanosatellites and acquire autonomy in its operation. This project will enable Algerian researchers and academics to strengthen national capabilities in advanced space technology.” The AlSat Nano mission hosts and has demonstrated three payloads, showcasing innovative technologies from UK suppliers: C3D2 imager from Open University, AstroTubeTM Boom from Oxford Space Systems and Thin Film Solar Cell from Swansea University. Dr Ben Taylor, the SSC AlSat-Nano Project Lead, said: “The Alsat-Nano mission has been a great opportunity to work with a diverse and committed team across the UK and Algeria. The spacecraft carries some exciting new technologies which are already returning some great results and we are looking forward to further results as the mission continues”. 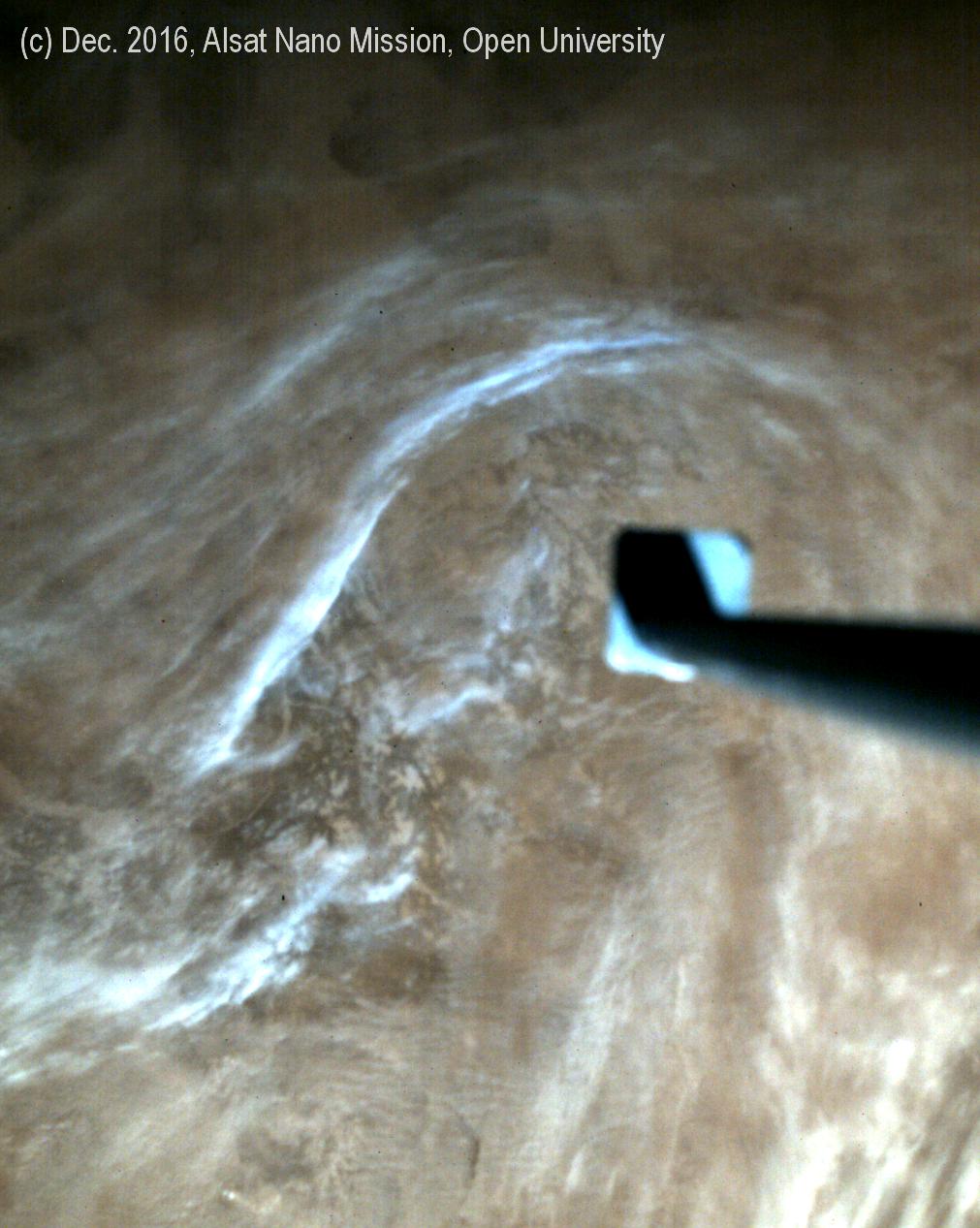 The mission builds on the success of the flight services division at Surrey Space Centre, who are involved with a range of on-going spacecraft missions including CubeSats and larger scale missions.  A major on-going project is RemoveDebris, a €15.2M mission led by Surrey, aiming to be one of the world’s first demonstrations of space junk removal when it launches later this year.