The gigantic telescope is set to extract a range of the sun's secrets by picking up radio waves. Stay tuned!

High up in the Chilean highlands, surrounded by guanaco herds and cacti, a huddle of 66 antennas much like satellite dishes is now facing the sun. Atacama Large Millimeter/submillimeter Array, more commonly known as the ALMA telescope, is able to register radiowaves of about one milliteter length. Radiowaves of this range will illumate details of the solar atmosphere that can not be seen with regular telescopes, and will give researchers a completely new view of the sun's physical processes.

– From images of this millimeter wavelength radiation we will get detailed maps of both temperature and density that will make us better understand properties of the solar atmosphere, says researcher Sven Wedemeyer at the Institute of Theoretical Astrophysics (ITA) at the University of Oslo to Titan.uio.no. Accompanied by his colleagues at the ITA Solar Physics Group, he will now analyze six hours of observational data collected by the ALMA observatory in december.

Integrated understanding of the sun .You would maybe think that our own star is already well understood. But there are in fact a range of questions on fundamental processes of the sun that remain unanswered. One such question relates to the general dissipation of energy. By generating more direct measures of temperatures, ALMA will help the physicists to understand such mechanisms.

Another example relates to solar flares.

– Solar flares are caused by unstable magnetic fields that in sudden bursts release a lot of energy in the form of roentgen, gamma, UV, visible light, particles etc., that is flung out at great speeds. This may in turn cause northern lights if they reach the earth. This will be a big topic for ALMA, Wedemeyer explains.

For the Solar Physics Group (link is external) processes involved in the chromosphere, the solar atmosphere's middle layer, are of particular interest.

– The majority of the solar radiation in the millimeter wavelenght range, comes from the chromosphere. However, the resolution of telescopes that are able to register these, has been limited. The chromosphere is poorly understood, and with the new telescope data we will get a more integrated picture of how the sun works.

The Atacama desert was not a coincidental location for the billion dollar telescope. At 5000 meters elevation, the highland plateau is characterized with both thin and dry air, which minizme the risk of radiowaves getting distorted by the air.

– But why are we referring to this as one telescope, when it in reality comprises 66 antennas?

– Every antenna actually works in a similar way a satellite dish. On every dish there is a receiver that transformes radiowaves into electrical signals, Wedemayer explains.

However, radio telescope have limitations, he continues.

Telescope image resolutions are directly affected by both the wave length of the radiation being registered and the physical size of the lens or dish (the diameter). The ratio dicates that the larger wavelenghts you want to register, the larger the telescope needs to be in order to get an equivalent resolution. Hence, telescopes using visible light are in general much better in resolution compared to radio telescopes. (1 millimeter radiowaves are about 1000 times larger than the wavelengtht for visible light.) In order to bypass this physical obstacle, ALMA utilizes a trick called interferometry.

– By spreading single antennas over a large surface area, you can simulate a very large telescope. The solar observations are done in a configuration corresponding to an approximately 500 meter wide telescope lense.

Although ALMA previously has been mostly directed towards distant structures of the universe, it was constructed for observation of closer objects as well.

Wedemeyer and his colleagues are also generating simulations in their ALMA research, which they will compare to the new observational data. The main aim is to build models that can explain the general processes operating on the sun.

– Some components are very hard to model, but are crucial to include in you want to understand what is going on there, explains Wedemeyer. What will emerge on the images will not only be relevant to our knowledge about our own sun, but also for our understanding of general processes operating on other stars.

IM1    In the Chilean Atacama desert, the 66 antennas of the ALMA telescope are now being pointed towards the sun. Photo: ALMA (ESO/NAOJ/NRAO)

IM3  The ALMA telescope images will give the scientists a unique vies into the fundamental processes operating on the sun. Photo: ALMA (ESO/NAOJ/NRAO) 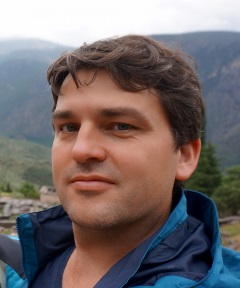 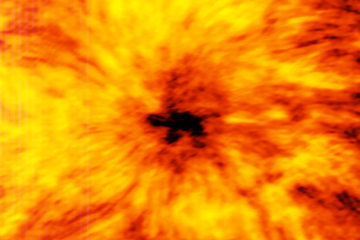